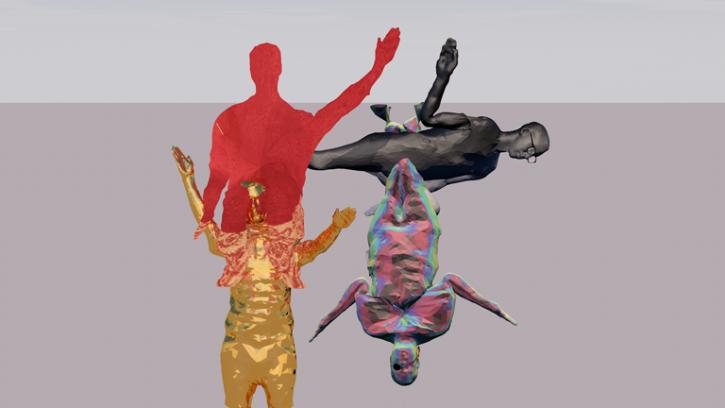 One of the most fun and catchy (in an artistically appropriate way, mind you) videos of last month was ‘Barkie’, a song from the new album of Dutch electronic four-piece De Jeugd van Tegenwoordig.

Directed by Opslaan Als productions together with visual artist Thomas de Rijk, the 3D animated characters seem to come straight out of a video game. Where have we seen that before? We asked Thomas de Rijk to rank and rate Barkie and its crappy animated brothers and sisters.

Thomas: “If this really supposed to be an interactive music video, I wish more would be happening. Designing a world that aesthetically connects with the music is just the beginning for many music videos. So going through that process and than just walk through it, is a bit too easy, I think.”

“A better alternative is ‘Exo’ the album from Gatekeeper. The whole album is made with Hollywood sound effects and the visual game world closely connects to it. It’s super HD with fancy graphics, but also a bit kitsch and just not quite right. In the game, you walk through the whole album while being dragged from pillar to post.”

Is this video one big happy little incident? Thomas: “I’m glad it appears nonchalant to you! Everything, including the final implementation of animation and composition is thoroughly scripted and thought through.”

Nonchalance?
“Sometimes though, there are some spontaneous ideas that arise in the moment. Like Bas who stands on top of Freddy [two of the characters], while he walks towards the appearing road. One of my favorite moments in the video. Maybe nonchalance is the wrong word though, cause even these ‘mistakes’ take up hours of work.”

“Awesome! Just like all of Cheng’s work. Especially cause he uses a real game engine and his videos are a live capture of these ‘performances’. A pity though, that it’s a bit too artsy and ‘performance’ for me, and not enough video/film. He should do more with shots, cuts, tension build etcetera…”

Tasteful or tasteless
“With my fascination for games and 3D, you quickly see how things work in this art. There’s a thin line between using this technique in a tasteful or tasteless way. But this is more than just transforming 3D models and you clearly recognize it as a product of the artist.”

“Classic! One of my favorite videos ever. Everything about it is so brilliant and without all the 3D stuff, it would still make a great video.”
“It’s also the best implementation of 3D sex ever. On the internet, there’s a huge market for this kind of stuff including 3D models of nude women completely adaptable to whatever you fancy. Generally, those look just like the ones in this video, so Megaforce has hit the nail hard on the head here.”