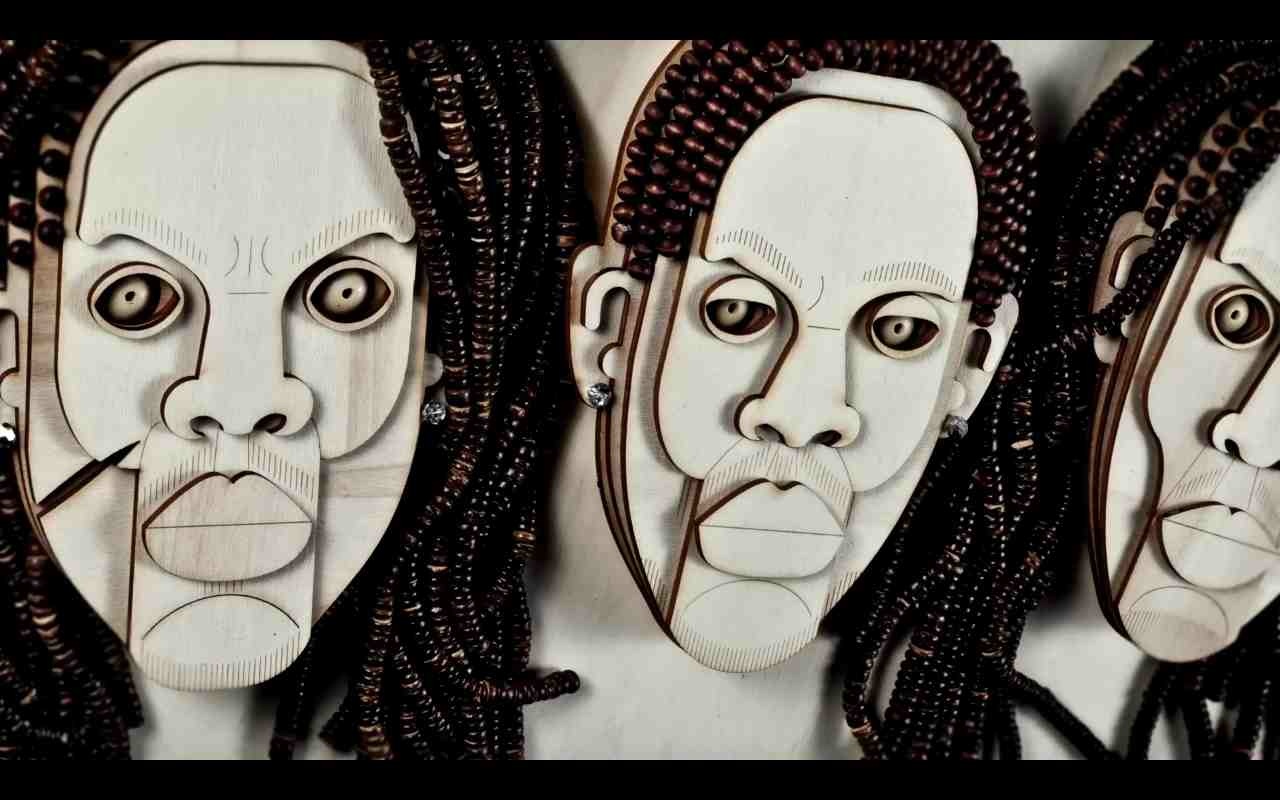 The making of Galtar Riddim

And so it goes… The guys from hip hop formation Zwart Licht met the guys from graphic design agencies Hoax and Liefhebber at a hip hop festival. The band was charmed by the short typographic trailers that Hoax and Liefhebber made for the festival and a fruitful collaboration was born, resulting in the crafty stop-motion video for the song Galtar Riddim . We think it’s awesome!
Another reason that this video caught attention is the striking resemblance to Sverre Frederiksen’s creation for Tim Knol’s song When I Am King , produced by Submarine. Tons and tons of layered plywood, check. Wonderful reliefs carved by heat, check. Hours, days, weeks of stop-motion photography, checkidy-check-check. Could it be coincidence?

Bram Buijs and Steven van der Kaaij from Hoax explain: “Yes, it totally was a coincidence! The first time we saw Frederiksen’s work was at the last Dutch Film Festival, where our video was shown right next to his. There’s a lot of similarity of course, but it also showed that both videos are completely unique and have their very own character.”

“The three members of Zwart Licht gave us total freedom to do whatever we want. As the main inspiration for the story, we researched into voodoo and Juju, a collective term for West African religions. It’s also the main theme of the second album of Zwart Licht: No Juju . For example, we’ve based the chicken in the video on a documentary about voodoo, in which a chicken was ritually slaughtered.”

“The song tells about a girl who slowly loses her mind. She cuts through her tongue with a knife and she pulls out her fingernails. Those are pretty strong images, even though they’re quite stylized. When the visitors of the Dutch Film Festival saw these particular shots, we could hear them shudder.”

“We wanted to have the faces of the band in it anyway. We found out that by piling up several layers, you can play with facial expressions and bring back more volume into the them. For the layer’s material we chose plywood. We also tried other materials, because the whole project was like a big research project for us. But the light colored plywood gave the best contrast with the laser-cut engravings, and it’s the least time-consuming material to work with. We even got a bid from a stranger on one of the heads. We kindly refused the offer. We want to keep it all.”

“Of course, the whole project took more time than expected. We had to learn everything from scratch. We watched some ‘making of’ documentaries of Pixar animations to learn how to move the mouths to the sounds. We also had to learn how to use the laser cutter and the software to make stop-motion graphics. We hired the photo studio for two days, which turned out to be way too short. It took us a whole day for just the build-up. The result is the minimum frame rate of eight frames per second. It all gives it a raw touch, which serves the song very well, don’t you think?”