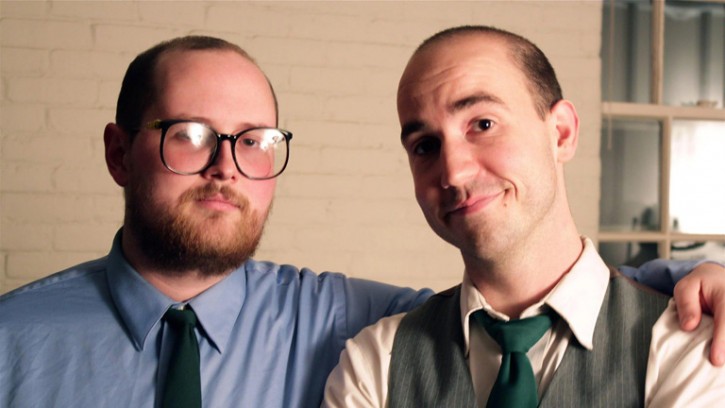 Have you ever seen Dan Daecon’s music videos? A lot of them are made by the Baltimore based video artist Ben O’Brien. Ben’s work is playful, artsy and weird, a bit like Sesame Street for adults. His latest two works for Flock of Dimes and Dan Deacon beg for a Q&A.

What kind of video maker are you?

“When I hear music or experience things that move me I will see visuals in my mind automatically. So this is why video works for me.”

And then you recreate those images from your head?

“Well generally I will focus on one reoccurring scene in my mind and build around that. The “Woof Woof” video that I made (with Showbeast) I had the image of two of the characters growing endlessly. Which is a reflection of the way that Dan Deacon writes his music, very epic and growing.”

So how did the Flock of Dimes Video ‘(This is why) I can’t wear white’ come about?

“I started a blog almost a year ago, on cell phone close ups. It’s called Reading Palms. I started to notice cell phone close ups in everything all the time. So then I started watching two or three movies a night looking for them. Watching that many movies, you start to see these weird similarities.”

There are a lot of different movies in the Flock of Dimes video… How?!

“There are 78 different movies in the video. What’s strange is after a while of doing it, you begin to become intuitive about which movies will have what in them.”

Do you have a certain system to make a quick selection of the right scenes?

“I built a database of movies. Friends helped. By the end I could just figure it out. It’s weird, the human brain is amazing, and I’m using it for the stupidest thing.” On to the next one. Dan Deacon’s ‘True Thrush’. Can you tell me something about that?

“Yes. That was a very fun and intense video to make. It was Dan’s concept based on a drawing game that we used to play in college, where one person would draw something, and then subsequent people would have to keep redrawing the picture after only having seen it for a moment.”

How did it start?

“So Dan wanted to do that in video form. Honestly at first I was skeptical. I was like, in my mind saying “this is going to be boring”, but we worked on the logistics of it and it came out great.” While creating it, you could hardly control the outcome. How did that work out for you?

“Scary. We had to make sure that we had a stable number of elements and if a group forgot a big thing we would kind of coach them. The clock is the best part though. It disappears, and then reappears later in the video, which is something we were hoping would happen.”

Watch Ben’s video “True Thrush“.
And this is where Ben O’Brien lives on the internet.