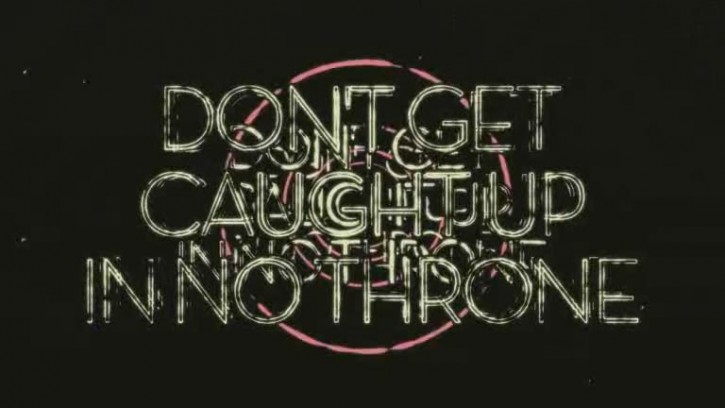 Brooklyn-based, Peruvian artist Carlo Vega created an unofficial music video for Yasiin “Mos Def” Bey’s new single “Niggas in Poorest” – a remake of Jay-Z and Kanye West’s 2011 hit “Niggas in Paris.” Verga’s used kinetic typography to augment every word of this highly charged, political track. We liked the vid so much, we got in touch to find out the what, if and how behind this amazing little project.

What made you decide to create a music video for this specific track by Yasiin? Did the lyrics resonate with you, or was the song more of a vehicle to experiment with motion typography?

“Experimenting is always fun, but I’m not passionate about typography. It just worked out that way.

“It all started when the song came up in one of my playlists while painting in my studio. As soon as I heard the lyrics it blew me away, and for a reason that I can’t explain, the song felt personal and important to me. At that very moment, I though the song needed a visual representation with as much powerful character and soul as the lyrics. Personally, I think that the existing music video for the song wasn’t very good.

“I cleared my schedule for a few weeks and started working on my vision for the video. During the process it really felt like a collaboration with another artist, and things were just flowing in a positive way. The lyrics felt like my inspiration and also my limit. They are so layered with meaning, and I wanted to emphasize them without overtaking them. Focusing on the lyrics and the repetitive beats felt like the right direction.”

How this piece relates to your paintings, if at all. Or do you see this project as a completely separate thing?

“Both separate but also the same.

“I feel all my interests, although different mediums, originate from the same place. With that in mind, I tend to think my paintings and video work are not only related, but also feed one another. Regardless of what medium I’m creating with, I’m never after something “cool”  or that “looks good” of that “people like” – my direction and what drives me is something else. I can’t really put in words what it is, but it feels like whatever it might be, makes all work that I create related.”

Did you get a reaction from Yasiin?

“I wish, but I haven’t heard anything from Yasiin or his team. Sometimes I see him walk around in Brooklyn, maybe next time I’ll stop him and force him to watch the video on my phone.”

The video was completely made in Adobe After Effects.